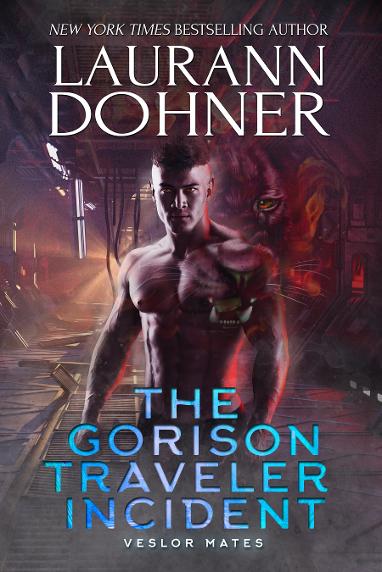 Book 1 in the Veslor Mates series.

Vivian is a cultural specialist on the United Earth fleet ship Gorison Traveler. It’s the perfect job for someone who wants to learn everything about aliens. The only problem? The commander won’t let her anywhere near the visiting Ke’ters aboard the ship. The only way she gets a peek at the lizard-like race is when her brother opens a live camera feed during a meeting—a meeting that turns tragic when the Ke’ters attack the crew.

She’s horrified. Scared. The Ke’ters are murdering her people. Rushing from her quarters to get help from a control center, Vivian finds the station abandoned. It’s all on her to try to rescue the crew.

Brassi is a Veslor trader who picks up a distress signal from a nearby space vessel. The attractive female who contacts him looks terrified, and needs his help. He’ll board the Gorison Travelerwith his crewmates, and fight the Ke’ters, but the longer he spends on the huge Earth vessel, the greater distraction Vivian becomes. Brassi will do whatever it takes to save her…and to discover if Vivian’s his mate. 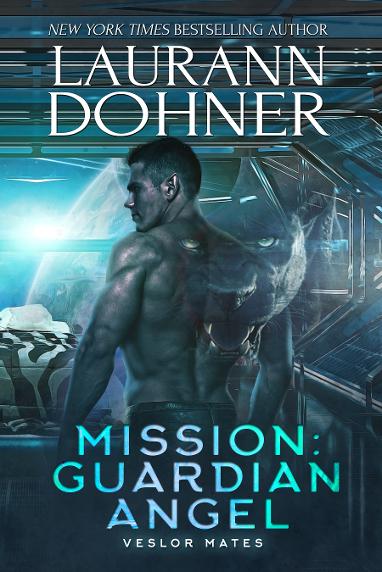 Book 2 in the Veslor Mates series.

Ever since her friend Vivian mated a Veslor, Abby Thomas has been curious about the mysterious aliens. She also has a vested interest in making sure their newfound relationship with United Earth is a success, prompting her to take a job on a military vessel to ensure the Veslor grouping stationed there are treated fairly. It doesn’t hurt that they’re easy to look at. When one Veslor in particular catches her attention, she hopes he’s nothing like the humans she’s dated, who were only interested in her bank balance and connections.

Drak and his Veslor grouping quietly endured unfair treatment aboard Defcon Red…until a beautiful spitfire spoke up on their behalf, earning herself nemeses among the ship’s fleet. When those foes try to silence Abby, Drak makes it his mission to protect her. The harrowing experience quickly bringing them so close, Drak is determined to make Abby his mate…if her enemies don’t ruin his chance, permanently. 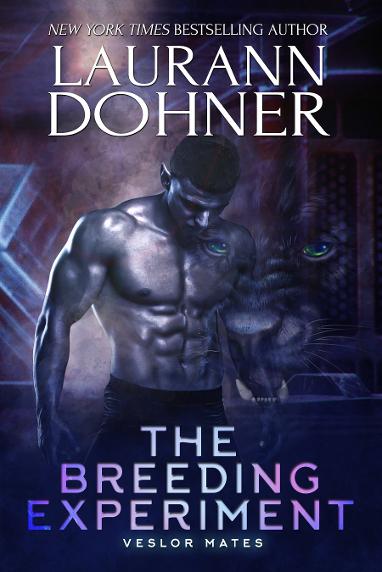 Book 3 in the Veslor Mates series.

Darla Mitts has been secretly protecting her younger sister, Becky, for years. She’ll do anything to continue, even if it means leaving their family to work on a United Earth fleet ship. She thinks they’ll be safe. She’s quickly proven wrong when the sisters’ transport shuttle is seized by aliens instead. Aliens who want to force an experimental breeding between humans and the muscular Veslor who was also captured.

Gnaw has no intention of touching the human female from the shuttle, no matter how attractive he finds her. But Darla is determined to keep her sister safe by any means necessary, and refuses to take no for an answer. Captured and threatened by the Elth, they agree to work together as a team.

What they didn’t expect was starting to feel things for each other. 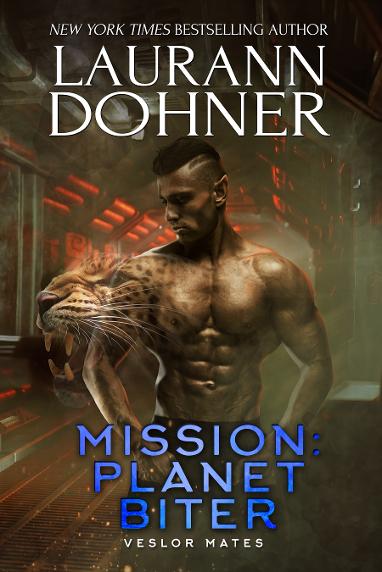 Book 4 in the Veslor Mates series.

When his Veslor grouping answers a distress call on planet Biter, Roth discovers a sole survivor. The little female isn’t rational and latches onto him like a lifeline. That surprises Roth, since most humans fear him. This one won’t let him go, but he must resist his desire for her. It’s the only honorable thing to do.Stuck on an alien planet, her facility sabotaged and all her coworkers dead or dying, Vera Wade isn’t sure she’ll make it out alive. They’ve all been exposed to a drug that is making them crazy. She’s slowly losing all hope, until an alien shows up. He feels real, but he’s probably just another hallucination. A sexy one who seems too good to be true.Now she just needs to convince Roth that their attraction is definitely real, once the drugs leave her system…before the unknown person trying to kill her finishes the job.

Book 5 in the Veslor Mates series.

When riots erupt on planet Torid, the crew of Defcon Red is tasked with quelling the violence and tending the injured. Even Alien Research Specialist Jessa Brick is pressed into service. Arguably more comfortable in her lab, the doctor is shocked at the obvious inequality on Torid. She vows to help every citizen, rich or poor, even if it runs counter to the colony governor’s wishes…and means working closely with a certain grumpy alien.Veslor medic Maith has long been annoyed by the prickly Dr. Brick and her repeated attempts to study his race like lab rats. But working together on Torid shows him a different side of Jessa. The closer they become, the more his admiration and attraction grows…especially when he’s ordered to keep Jessa safe. That means they must stay together every minute during the mission.As danger closes in, it’s not just duty that drives Maith to protect Jessa. Primal Veslor instincts are impossible to deny.